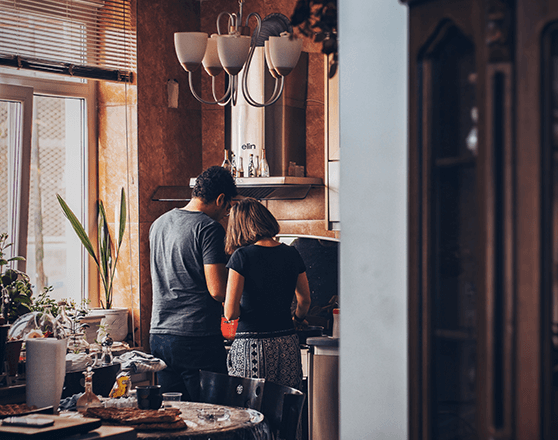 The legal rights of cohabitees continue to be much less than what they should be.

There is no doubt that some protection is available but not nearly enough.  The situation becomes more complicated if children are involved.

The pertinent law is contained within the following Acts:-

This legislation provides protection for single parents in the event of the breakdown of the relationship between the natural parents.  The parent with care of the children can apply to the Child Maintenance Service for the other parent to pay monthly maintenance for the benefit of the children, which is to be paid until the child’s 18th birthday or upon completion of their secondary education (whichever is the latest).

An application to the Child Maintenance Service for an assessment of how much the paying parent should pay costs a one-off fixed fee payment of £20.

The following link will be useful as an initial guide: https://www.gov.uk/calculate-your-child-maintenance

If the paying parent’s income exceeds £156,000 gross per annum, the parent with care of the child, can apply to the Court for a “top-up” of the maintenance payment.

Upon calculating the child maintenance that should be paid, both parents will be notified. It is possible to appeal the findings of the Child Maintenance Service, although the process is often cumbersome and longwinded.

The grounds for appealing an assessment are that the other parent has diverted income or been materially dishonest.

This legislation allows the parent with care to make various financial applications against the other parent.

In the case of a transfer of property, once the child is 18 years of age, the property needs to be transferred back to the other parent. Upon reaching 18 years of age the child is deemed to be an adult and the law assumes that they can make their own way in the world, or that they are no longer financially dependent upon their parents. However we know that that is often not the case!

This provision is a patent nonsense. The property should remain with the parent who is living with the child and that should be the end of it in the writer’s view.

Mothers automatically have parental responsibility for their child (as does a father who is married to the mother at the time of the child’s birth).

However, those fathers who are not married to the mother will not have parental responsibility for their child if the child was born prior to 1st December 2003 (even if he is the named father on the child’s birth certificate). If the child was born after 1st December 2003 then the father who has his name on the birth certificate will automatically acquire parental responsibility.

Parental responsibility is defined as “all the rights, duties, powers, responsibilities and authority which by law a parent of a child has in relation to the child and his property”.

Most fathers now have parental responsibility. However if you have older children then you should consider whether or not you are covered by this provision.

This Act deals with property disputes between cohabitees.

Unlike the financial negotiations arising upon a divorce, when dealing with cohabitants, the Court does not have the principle of fairness at the forefront of its considerations. The needs of each party are not taken into account. The result is often dependent upon points of law or each party’s credibility (or lack of it).

If any area of the law affecting human relationships requires absolute precision – it is this.  The documents relating to the purchase of the property need to clarify who actually owns the property and on what basis.

In addition, there may be significant factors which affect the ownership of the property into the future. i.e. one of the parties reduces the mortgage substantially as a result of the receipt of an inheritance.

If the transfer documents shows that the property is jointly owned and there is no substantive evidence to the contrary, the property will therefore remain jointly owned. Upon sale of the property, the net proceeds of sale will be divided equally. This is the case even if the deposit was paid by one party alone.

On the other hand, if the property is in the ownership of just one of the parties and the other party claims against it (i.e. the claimant), he/she will need to show an interest in the property which will need to quantified. This is not an easy thing to do and it will require detailed and specific evidence to succeed with such a claim. That evidence should include evidence of direct contributions towards the purchase of the property, or evidence that the other party agreed to let him/her have an interest in the property on the basis that he/she spent time, money and effort on the upkeep and paid some or all of the outgoings.

It takes clear evidence and a well drafted application to succeed.

Such cases can be both expensive and uncertain.

The law is out of date despite the need for urgent reform and despite cohabitees accounting for nearly half of all couples who live together.

Let us look at a classic scenario.  We can then compare the difference between the outcome for a married woman as opposed to that of an unmarried woman.  I refer as follows:

This is a 40 year marriage.  The husband has worked hard and been successful with his career.  The wife has also worked hard by bringing up the four children of the family and by given up the best years of her life to support her husband.

The marriage breaks down.

The wife divorces the husband and claims successfully against all of the assets of the marriage (together with his pension) and his earnngs.

Given the amount of wealth in the case, the wife walks away from the marriage with financial security for the rest of her life.

Let us contrast that situation with that of the cohabitee.  Given that all of the assets are in the man’s name, her situation is a bleak one. In essence, she does not have a claim against the father.

In essence – there is no such thing …

This example probably best explains the difference between the rights that are enjoyed by divorcing couples as opposed to the rights of unmarried couples.

What is the advice that we can give to people in such circumstances?

Put simply, there are two things that a cohabitee should do before embarking upon a cohabiting relationship:-

This is an agreement which sets out what will happen to the house and the assets and the children in the event that the relationship breaks down and one party is left holding the baby. Providing that:

There is a good chance that that agreement will be upheld by the court in the event of a dispute at a later date.

Secondly, if you find yourself in these circumstances, you would be well advised to get legal advice from a specialist family lawyer just as quickly as possible.  Otherwise, like many people in this situation, you will be left badly off.

Certainly, any cohabitee who finds himself/herself in this situation, might be well advised to remain living in the family home as a last resort.  It is sometimes difficult to prise a former cohabitee out of a property without giving him/her some kind of financial inducement.  That may be the only hope for the claiming party in these circumstances.

The final question is what hope can we have for cohabitees into the future?

There is a growing call from family lawyers and even Judges for the law to change and for protections to be given to cohabitees.  That has not happened yet.